We usually only hear about BSS Coloring in the marketing of Wi-Fi 6, but Spatial Reuse and Dual NAV are related important features of 802.11ax.

Let's sort them out, but first some background.

Because modern 802.11 radios are very sensitive, CCA-SD causes a station to defer transmitting even if it detects a very low RSSI signal from a distant BSS operating on the same channel. Co-channel interference, referred to as overlapping BSS (OBSS) in the standard, is a problem then even at very low RSSI, as most 802.11 radios will trip their CCA-SD check when they detect a transmission just 4 dB above the noise floor, and defer transmission. If instead, such a station transmitted despite the low RSSI OBSS transmission, it is likely that the receiving station would hear it successfully, which would increase overall spectral efficiency and limit the negative effects of CCI. 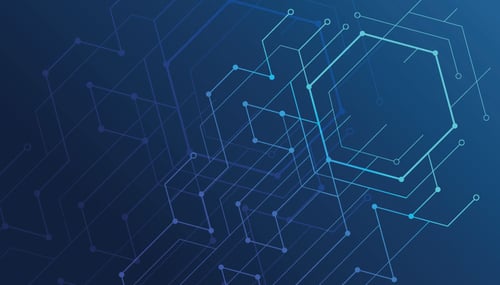 BSS Coloring is simply the ability for an AP to advertise a BSS color, which is actually a number, in its beacon and probe response frames, as well as include the same BSS color field in the HE preamble of the 802.11ax frames that it transmits. Clients that support BSS Coloring also add a BSS color field to the HE preamble of the 802.11ax frames that they transmit. The AP and all its clients in the BSS use the same color value. Overlapping BSS’s on the same channel use a different color to indicate that their frames are OBSS, and therefore they may be treated differently using one or both of the techniques below. The presence of BSS coloring on its own doesn’t change station behavior, it must be acted on using the following techniques to provide any benefit.

Note that some AP vendors and the Wi-Fi Alliance talk very generally about BSS Coloring and I suspect that they really mean BSS Coloring with Spatial Reuse operation.

Spatial Reuse introduces the concept of an OBSS-PD threshold (overlapping BSS packet detect) to CCA-SD. In the OBSS scenario, each BSS will use a unique BSS color. Spatial Reuse allows the stations in each BSS to use a less sensitive preamble detection threshold for OBSS frames during their normal CCA-SD check. That way, even though there may be an OBSS frame making the channel busy, if it is not very loud and there is still significant SNR, an 802.11ax station that supports Spatial Reuse can transmit anyway. To account for the temporarily lower SNR, it may use a lower, more robust MCS. One limitation of Spatial Reuse is that the OBSS transmitting station can’t make the same adjustment to its MCS because it has no knowledge of the other station’s future intention to transmit. 802.11be may solve this problem with new multi-AP coordination features.

Dual NAV (referred to as “two NAV operation” in the standard) works at layer 2 using the duration field of a frame’s MAC header, and it also takes advantage of the new TXOP field present in the HE preamble. It requires 802.11ax clients to establish two NAV timers, an intra-BSS NAV for all frames within the BSS, and a basic NAV for OBSS frames (often called inter-BSS frames).

This helps 802.11ax stations overcome several problems. A legacy station with a single NAV can have its NAV incorrectly shortened by an OBSS frame declaring a shorter duration than its current NAV value. This scenario is particularly troublesome during the long TXOP’s an AP holds for OFDMA frame exchanges. Dual NAV prevents OBSS frames from resetting the intra-BSS NAV.

On the other hand, the basic NAV can also protect OBSS frames during OFDMA if an AP has set the carrier sense required field with its preceding trigger frame. If a client in that scenario has a non-zero basic NAV, it will not respond to the trigger frame in order to avoid a collision with the OBSS transmission. Therefore, the state of the CS required field in the trigger frame determines if a client will respect the basic NAV or transmit anyway, but this only applies to OFDMA operation.

In all other scenarios, both NAV’s must equal zero in order for an 802.11ax station to transmit.

A key difference in 802.11ax is that there is a new TXOP field present in the HE preamble which sets the NAV timer. This allows the NAV to be set at the PHY level, removing the need for RTS/CTS TXOP protection when legacy PHY’s are not present. It blurs the layer 1/layer 2 distinction between the preamble and NAV. It also allows the NAV to be set at lower SNR and at greater distance than previous generations of 802.11, which only set the NAV via a frame’s duration field or RTS/CTS protection. Dual NAV became necessary to prevent the OBSS NAV reset issue from becoming much worse in 802.11ax with the NAV now set by the robustly modulated HE preamble.

Dual NAV can operate using the BSSID field present in non-HE frames to distinguish OBSS frames, like in a mixed environment with 802.11ac and 802.11n stations present. It also operates when BSS coloring is disabled on an AP.

Putting it all together

Spatial Reuse can make a station less sensitive to OBSS transmissions and increase the likelihood of successful simultaneous transmissions, increasing the spectral efficiency of 802.11ax. Dual NAV on its own will probably only have a marginal impact on spectral efficiency. Its value lies in ensuring virtual carrier sense is accurate and reducing collisions. However, when these features are used in combination, Spatial Reuse will prevent OBSS frames below the OBSS-PD threshold from setting the basic NAV, increasing spectral efficiency by desensitizing both physical and virtual carrier sense to OBSS frames.

Now it is helpful to understand how these features are implemented. 802.11ax has different requirements for AP’s and clients as to what mix of them is mandatory.

Most 802.11ax AP’s come with BSS Coloring enabled by default, although the standard allows it to be disabled. Unfortunately, Spatial Reuse is optional for all stations, however Cisco has announced AP support for OBSS-PD-based Spatial Reuse in recent code versions. It seems unlikely that client vendors will implement it if it is not required. Dual NAV is optional for AP’s and mandatory for clients. The standard doesn’t explain this, but perhaps this is because the AP owns the TXOP during both upload and download OFDMA, so it will not reset its NAV due to OBSS frames during that period. However, it may also be due to the mobile nature of clients who can be anywhere within an AP’s coverage and are more likely to encounter and create OBSS conditions than their associated AP.

Jim Vajda is the Director of Global Wi-Fi Solutions at 7SIGNAL. He is CWNE #183 and hold several networking vendor certifications as well. His professional background includes wireless network engineering in healthcare, higher education, MSP, K12, non-profit, and more. You can follow him on Twitter @jimvajda.